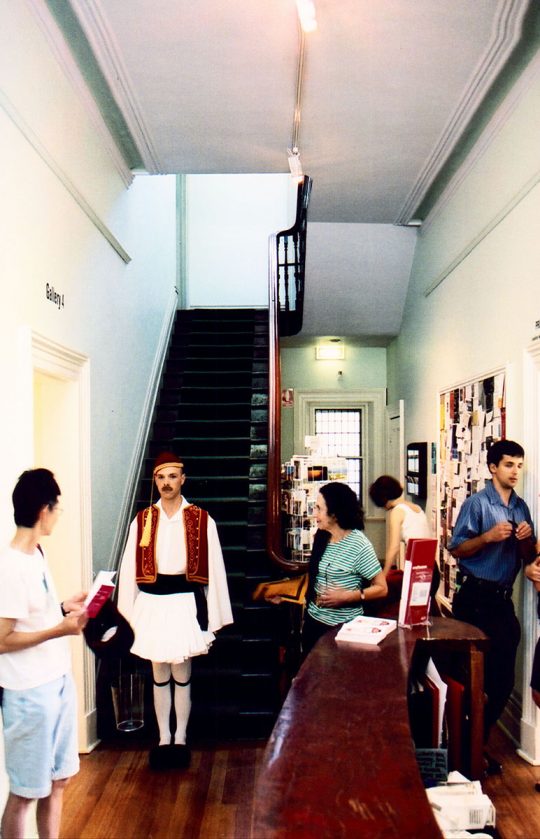 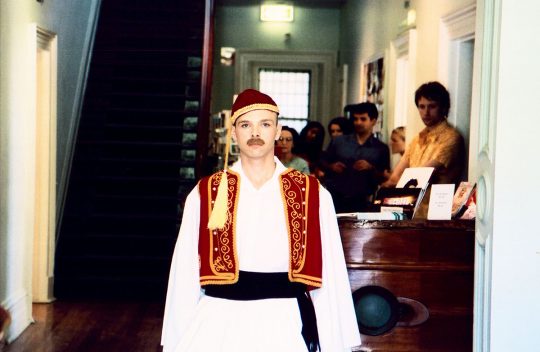 Having grown up with the richness of multiculturalism. Certain turning points in Australia’s treatment of asylum seekers and refugees in the early 2000s spurned me to react. Art is a powerful and provocative tool and the performance action EXO (meaning OUT in Greek) was direct response signalling my reaction. I describe myself as an ethnic militant. I have NO tolerance for racism and xenophobia. I have lived on the receiving end of both and silence is not an option for me.

Drawing from my cultural heritage I am dressed in the Greek national Evzone costume. It is a military uniform and I begin with a specific ceremonial march. I ensue with the some dialogue, I smash a plate and eat a dolma with a pair of chopsticks. Then I begin with a progressively audible command to the audience to get OUT.

Cultural diversity is the most wonderful thing we can celebrate and share. It gives me strength and motivates me as an artist to change the world. 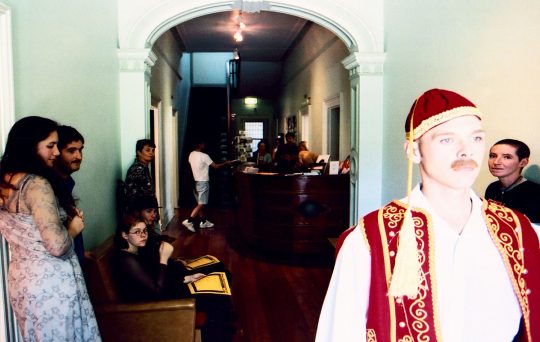 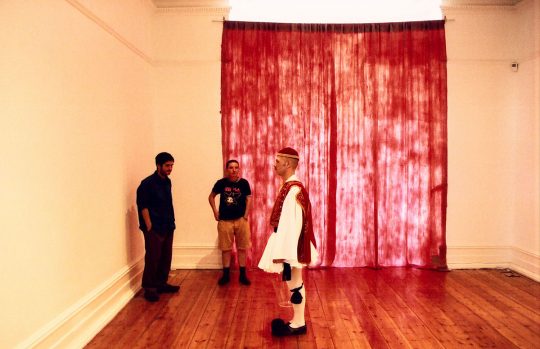 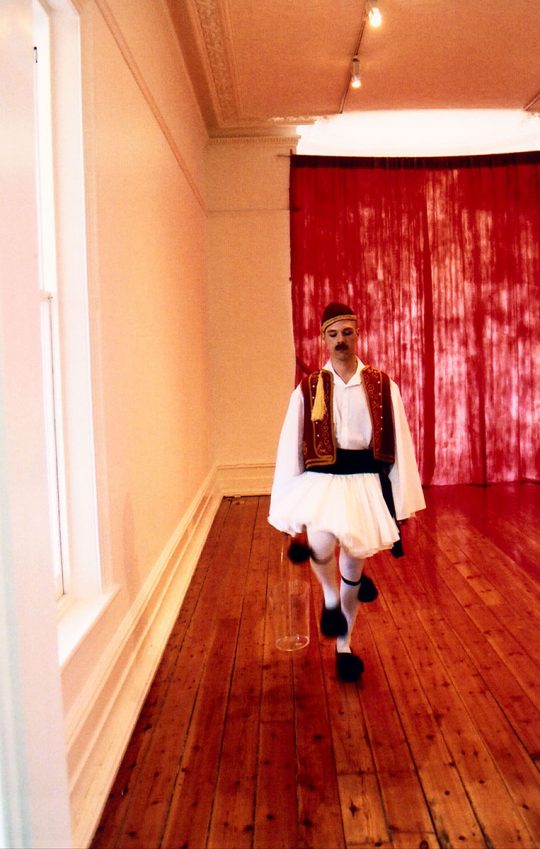 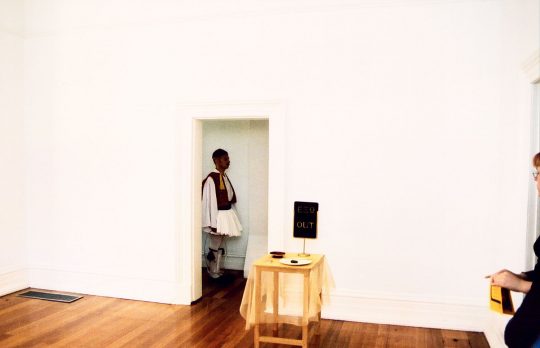 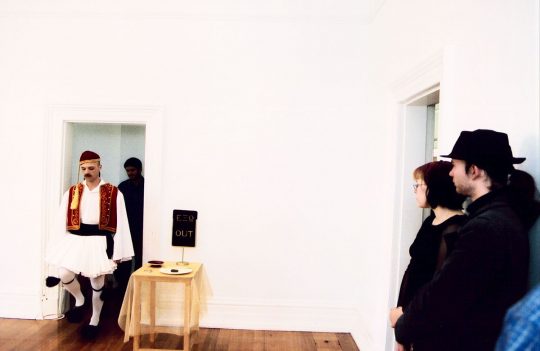 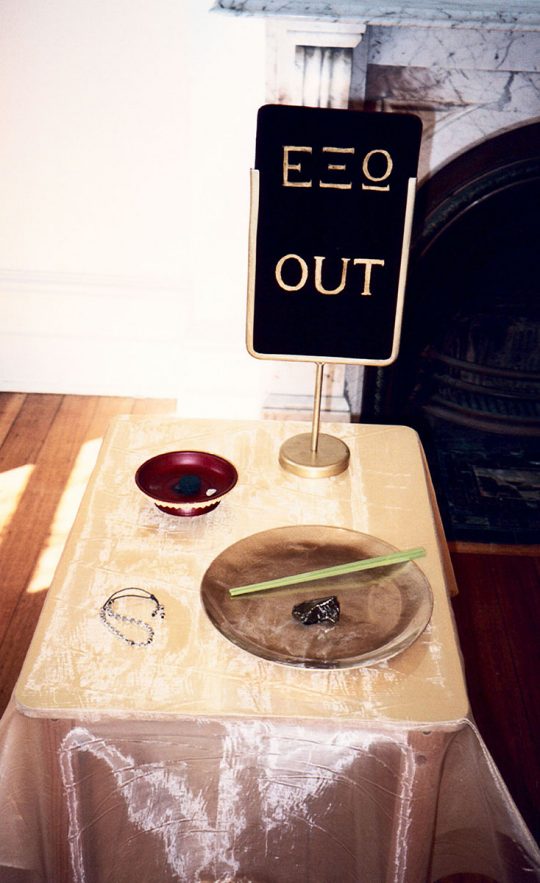 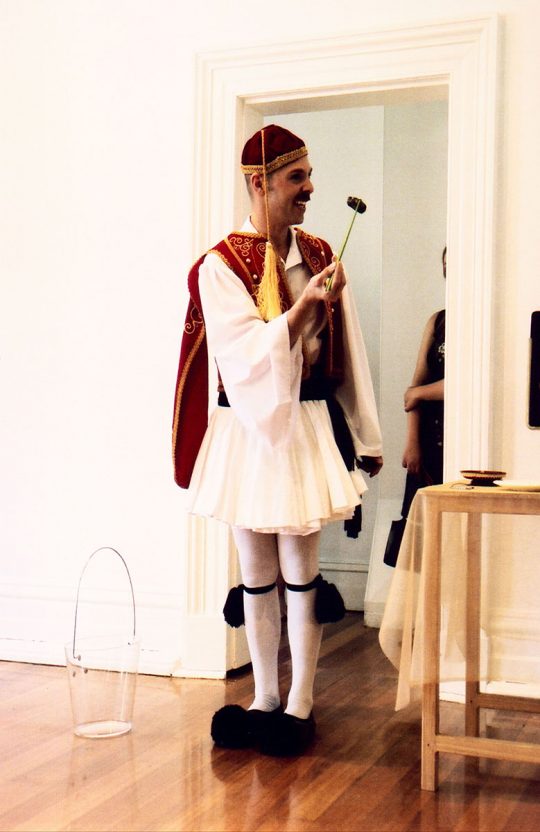 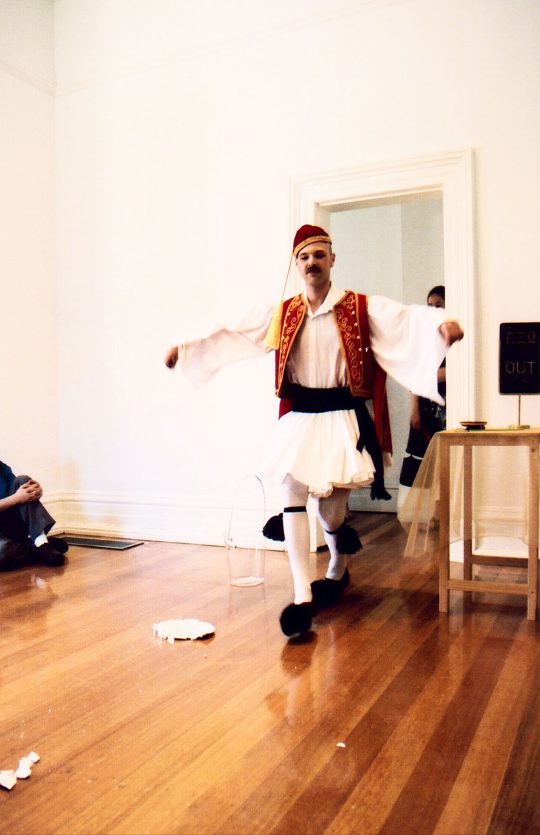 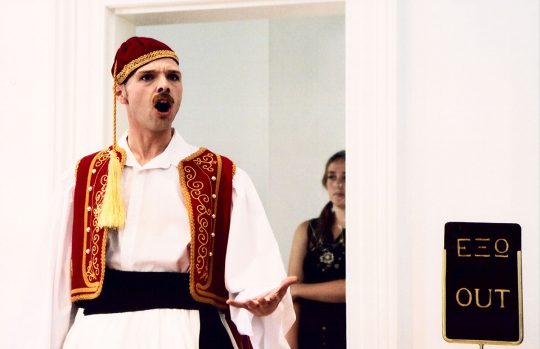 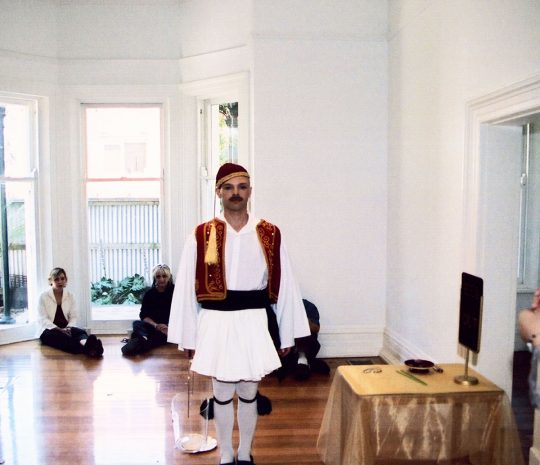 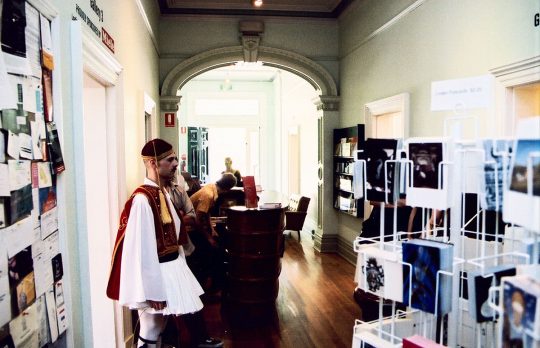