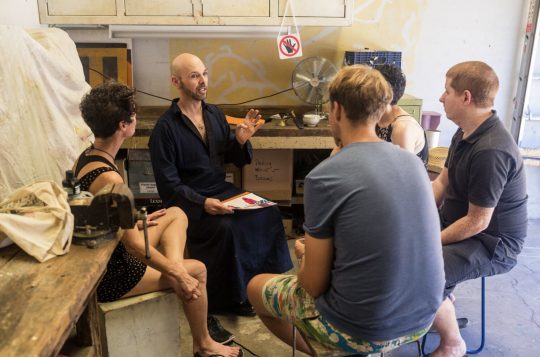 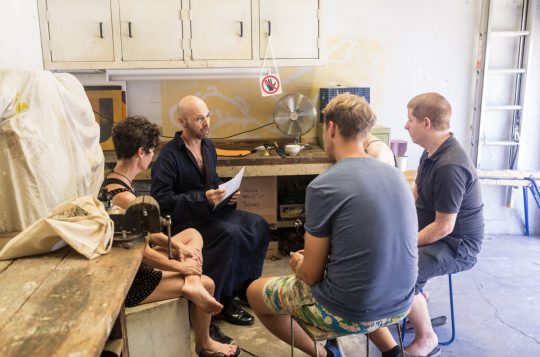 Between 2002 and 2012, I undertook five performances that responded to the immigration policies of the Australian government, ongoing refugee drownings at sea, and Islamophobia. In 2015 I withdrew the works from public view. The performance work and its documentation had come under some robust critique with readings of cultural appropriation and ethical insensitivity. Aside from the ethical critique, I had a genuine fear that the works could be used as catalyst for violent reprisal towards myself and those close to me.

The meanings in the work have consistently changed and became somewhat uncontrollable in the ever changing space that is contemporary geo politics. In this performance I will open printed photographic documentation for viewing in a small group conversational style format. The aim is to initiate discussion and talk about my ongoing relationship to the works and listen to feedback and reactions. The work also deals with ideas around censorship, concealment and the primacy of performance documentation. The work will never have complete resolution and will continue to remain out of public view. 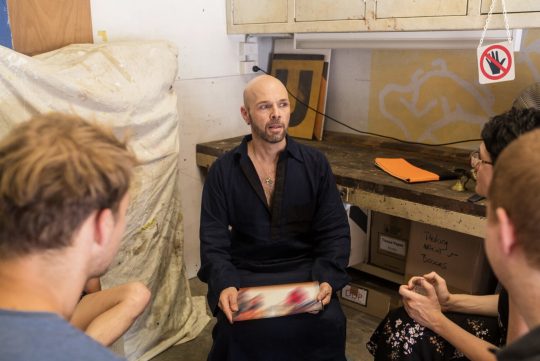