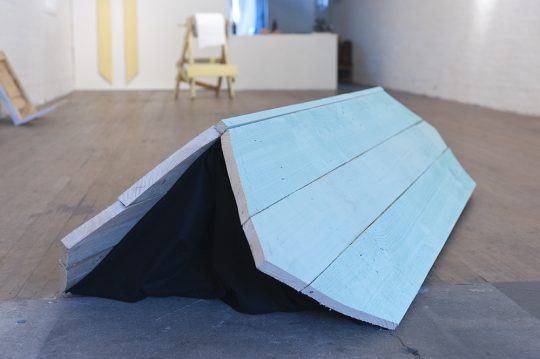 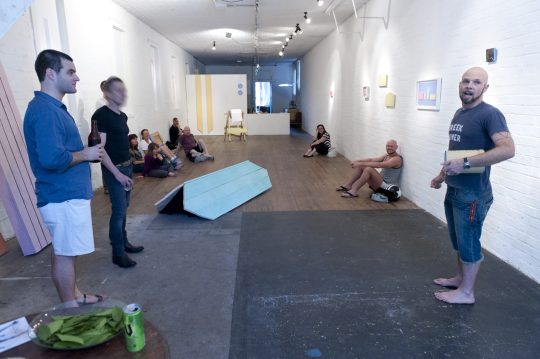 The performance was an afternoon of surprise and solemnity. I had a gallery guide tell the audience believe I was inside one of the floor works and was going to emerge and begin the performance. About twenty minutes after the scheduled starting time of the performance I walking in the door with an energy drink and began to direct the audience to an imaginary space upstairs where there was cool drinks to cool down from the summer heat. It was the moment where as an artist I became a trickster and had the audience begin to question and suspend that any belief they had as true.

After a few minutes I vanished and return appearing wearing robes and projecting a solemn spiritual aura. With slow breathing and inward concentration I became an ancient priest. The space took on a spiritual  quality. I proceeded to pull out large strands of paper from a giant roll set up on a stand. I slowly covered the entire floor. The space slowly become more and more brightly lit because of the reflective paper. The gallery was transformed into an illuminated space. 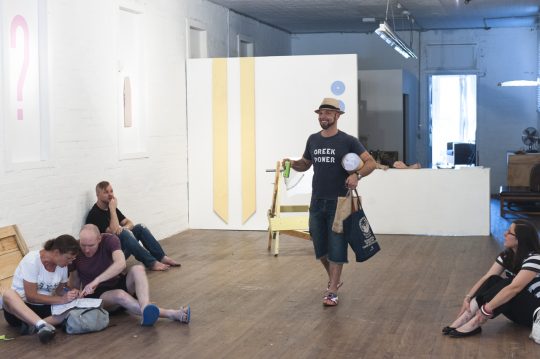 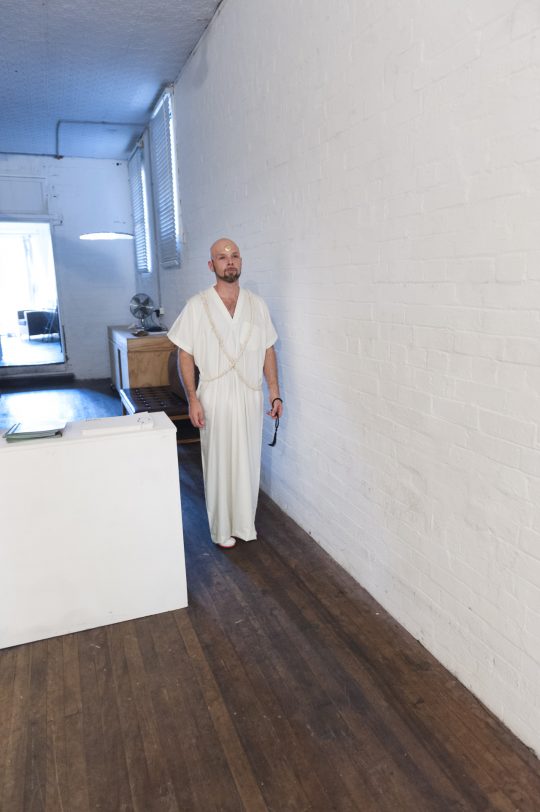 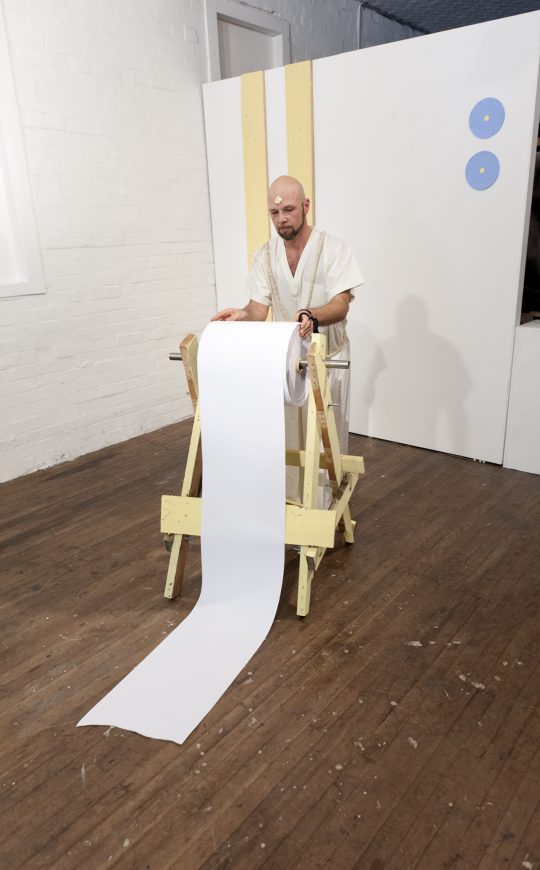 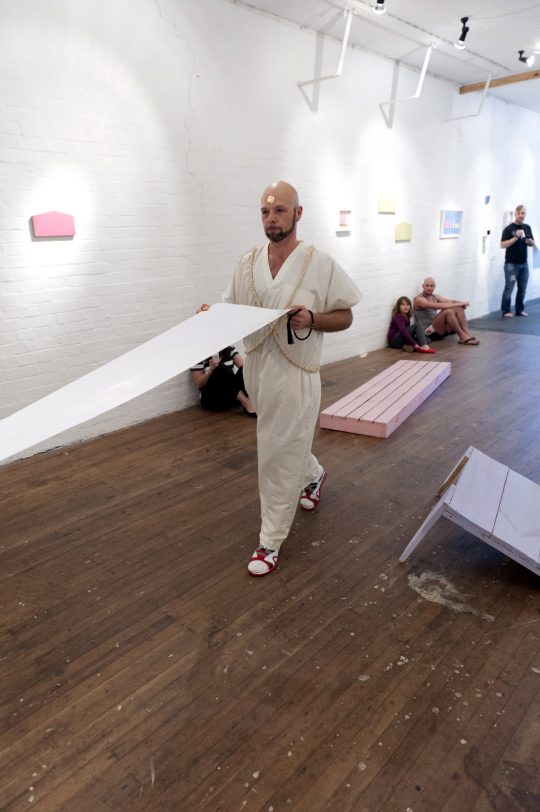 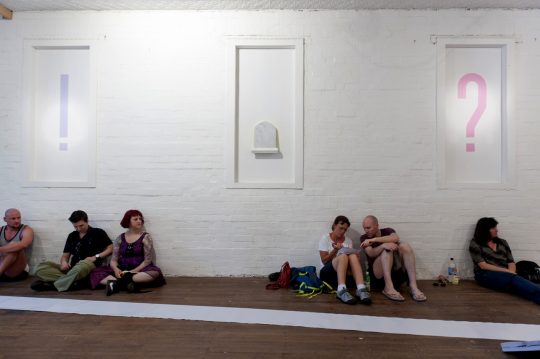 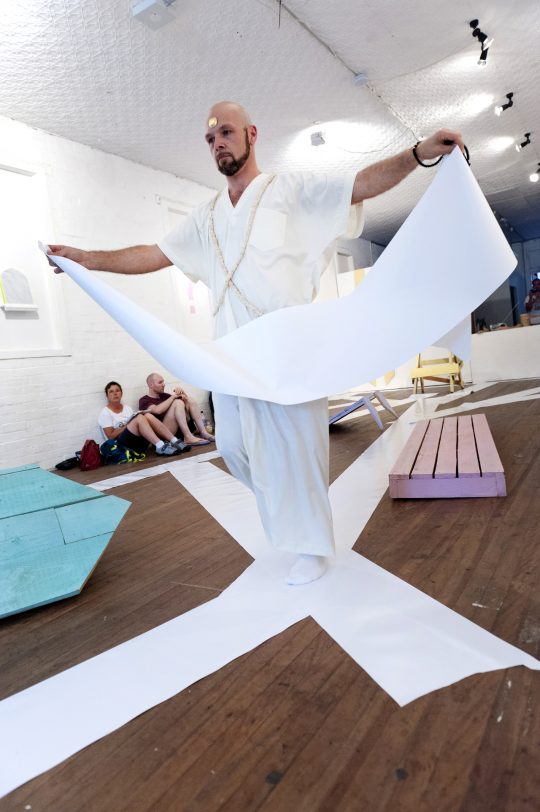 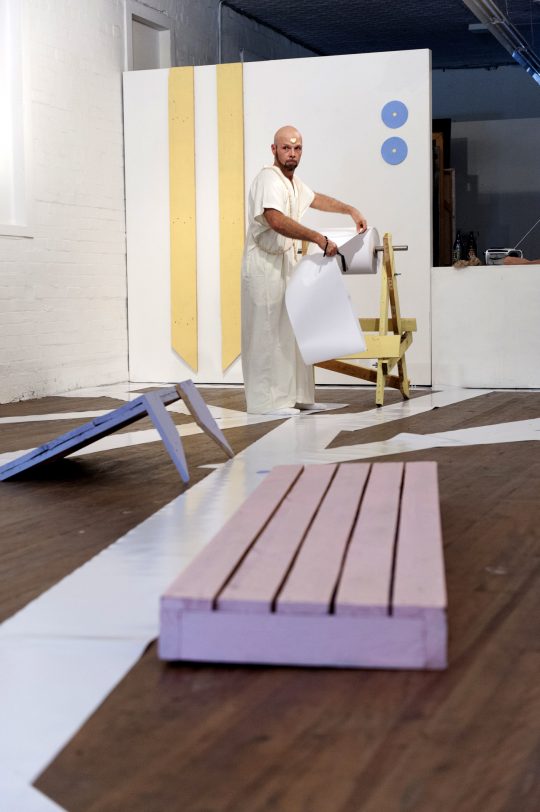 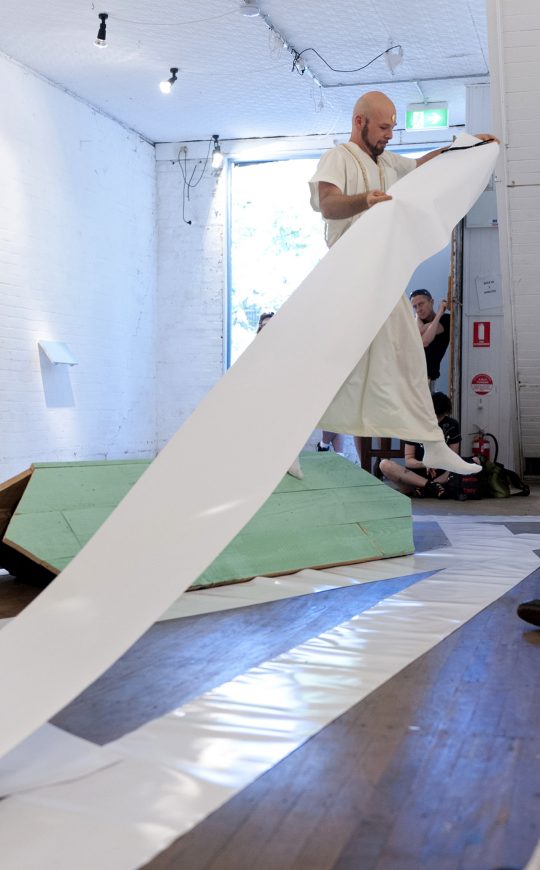 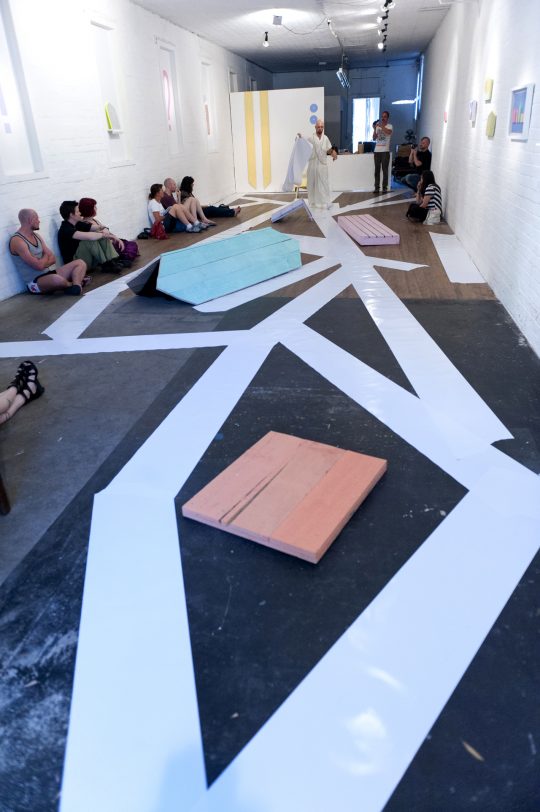 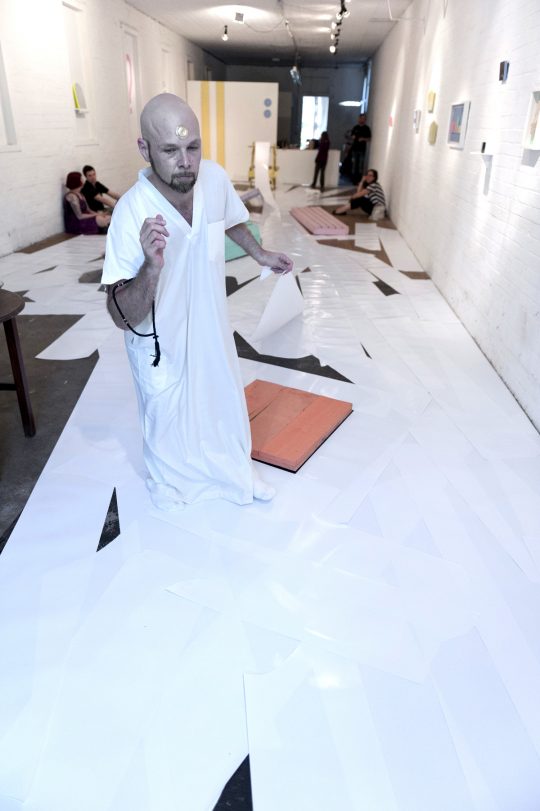