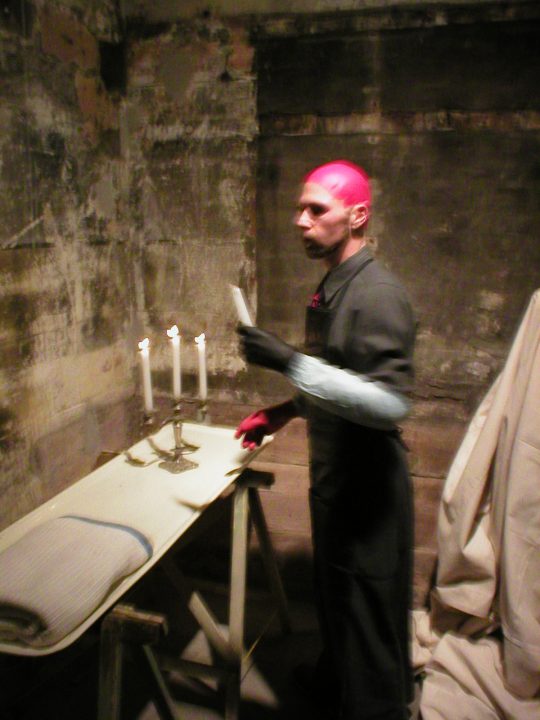 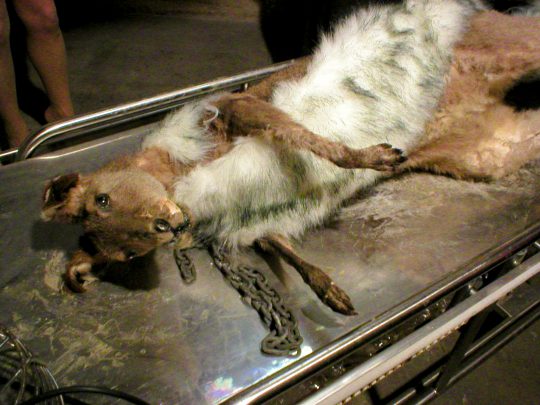 Roo, through the ‘Sucking the Fat of the Land’ performance, is a peculiar intersection of two themes: the questioning of ethnicity in Australia and a queer challenge to the medical establishment. The former is a denunciation of dark political and social concerns, the latter is an opportunity to live out my fears and anxieties.

Aided by Dallas Dellaforce and Della Deluxe, I recreated a personal psychodrama. I played out the role of a surgeon. In this position I felt I had control and power. The materiality of the operating theatre, anaesthetics, operating table and equipment offers a striking contrast with the symbolic role of the kangaroo.

The iconic wild animal is offered as a metaphor for [my]self and for Australia. Its skin is being reshaped and reconfigured to something more ‘desirable’ in much the same way that the Federal Government altered the country’s borders in response to fears of boatloads of refugees ‘illegally’ fleeing into Australian territorial waters. In this performance I am both victim and perpetrator in a performance that acts as a cathartic process with multifaceted implications. 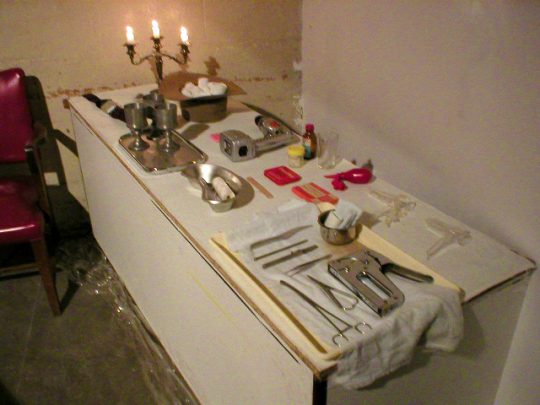 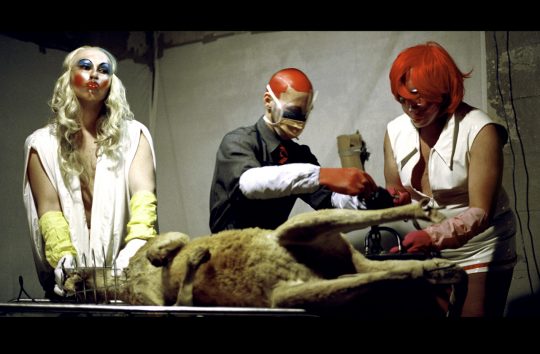 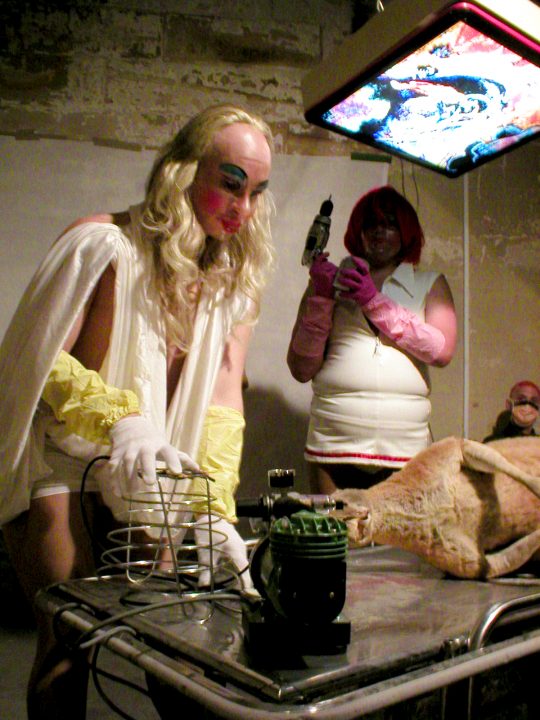 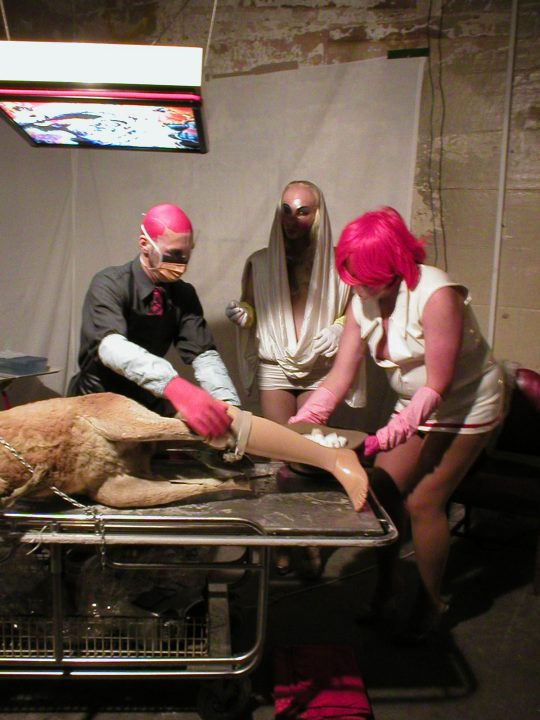 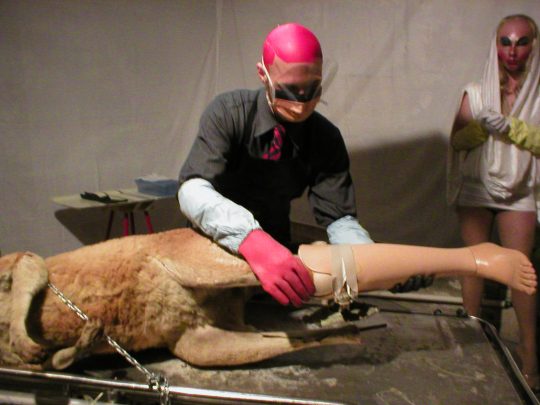 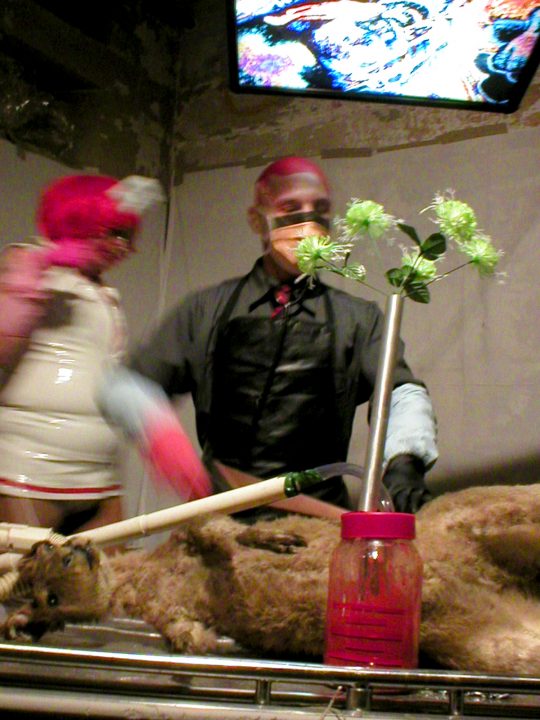 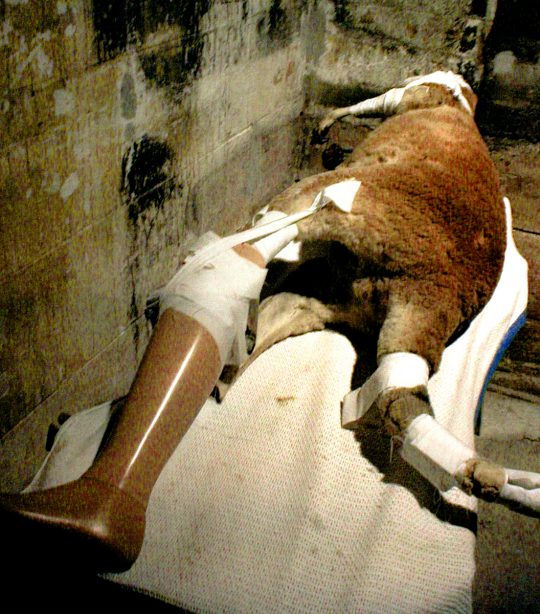